Why Populists Neglect Automation: The Political Economy of Economic Dislocation

Abstract: If globalization caused enough economic dislocation to attract the ire of elected officials and voters, then why didn’t the rise of automation also induce similar changes? If globalization induced such intense anxiety among voters, why did they respond by supporting anti-globalization candidates instead of supporting greater economic transfers to those harmed by economic shocks? Our argument is that the collision of economic nationalism and comparative advantage explains both questions. Economic nationalists are distinguished by their belief that the best way to secure their state’s independence from foreign political influence is to protect its economic self-sufficiency. For an economic nationalist living in a technology or capital abundant state, imports of labor-intensive products both destroy manufacturing jobs and make the state dependent on foreign inputs. By contrast, economic nationalists in capital-abundant states are ambivalent about automation. New automation technologies developed domestically also harm manufacturing employment but they promote the economic self-sufficiency of the state. Opportunistic populist politicians neglect automation as a cause of economic dislocation because their natural constituency is conflicted about the merits of stopping it directly. But they are united in their opposition to foreign imports. 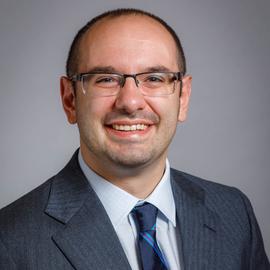 My research focuses on the political economy of international trade.